Sealed with a Kiss – Come and See! Chapter 10

LISTEN TO COME AND SEE! CHAPTER 10 – SEALED WITH A KISS

Today, I am reading Come and See! Chapter 10 – SEALED WITH A KISS.

LISTEN TO COME AND SEE! CHAPTER 10 – SEALED WITH A KISS

READ COME AND SEE! CHAPTER 10 – SEALED WITH A KISS

SEALED WITH A KISS – Told by Judas, A Disciple of Jesus

The time had come. After I left the other disciples, I ran directly to the home of Caiaphas. The religious leaders were thrilled to see me. I told them that Jesus and his disciples would soon be heading to the Garden of Gethsemane. The priests agreed that it was the perfect location for the arrest. They assigned to me an entire regiment of Roman soldiers and temple guards to go with me to arrest Jesus.

“How will we know which man we are to arrest?” some of the Roman soldiers asked. Many of them had recently arrived in Jerusalem, specifically to help control the crowds during the Passover feast.

I thought for a minute. “Jesus will be the one that I greet with a kiss,” I told them. That’s how you will know which man to arrest.” Normally, a kiss was used as a greeting of respect for a teacher. I laughed to myself. A kiss would be the ultimate act of betrayal.

The Roman soldiers and guards were armed with swords, clubs, torches, and lanterns. I thought it was a little extreme. All this for just one man, who didn’t even own a sword? Whatever. These Romans didn’t do anything half-heartedly.

We arrived at the Garden of Gethsemane shortly after midnight. Clouds had rolled in, and the light of the moon no longer lit our path. Torchlight flickered and danced and cast eerie shadows on the trees around us. Sneaking through the garden, we anticipated the surprise attack. Despite the chilly night air, my sweaty hands slipped as I clutched my lantern.

It didn’t take us long to find Jesus. As we approached, I could see him in the distance, crouched on the ground as if in pain. But where were the other disciples? Aha! Now I could see them. Peter, James, and John were sitting on the ground under an olive tree, sound asleep. Psssh! Well, wouldn’t they be surprised when our little band of soldiers showed up?

My heart pounded with anticipation. I wasn’t nervous anymore. I felt exhilarated. I felt confident. Finally, we would put a stop to Jesus and all the chaos he was creating. Hopefully, they would beat him up and teach him a lesson, maybe even throw him in the palace dungeon. We made our way down the dark path, olive trees rustling in the breeze overhead.

Jesus had stood and awoken the other disciples, presumably when he saw us approaching. “They’ve probably wet their underpants by now!” I chuckled to myself. I wondered how loyal they would be tonight when we arrested their precious Teacher.

I took a deep breath and marched up to Jesus. I hesitated, but only for a second. Then I leaned in and kissed Jesus on the cheek as his bristly beard scratched the side of my face. I quickly pulled away. “Greetings, Rabbi,” I said in mock respect.

“Really, Judas? Are you going to betray me with a kiss of friendship?” Jesus’ voice was so full of disappointment; I didn’t dare look up and meet his gaze. Humph. I never really was a friend, was I?

Jesus stepped passed me and addressed the crowd of soldiers and temple guards. “Who are you looking for?” he asked innocently.

As if he didn’t already know.

“Jesus of Nazareth!” one of the Roman guards shouted from behind me.

At that moment, a surge of power seemed to radiate straight from Jesus himself. The entire regiment of soldiers was knocked off their feet in awe, as if a huge typhoon of water had just washed over them, forcing them into submission. My lantern shook in my hands. I mean, I had seen Jesus perform miracles, but I had never seen anything like this before. I shuddered, hoping I had made the right decision to be part of this whole plan of arrest.

As the soldiers scrambled to their feet, trying to regain composure, Peter (one of Jesus’ favorite disciples), ran up to Malchus, the slave of the high priest, pulled out a sword from under his robe, and slashed off the man’s ear! Malchus screamed, clutching the side of his head, while sticky, red blood oozed through his fingers. Oh, Peter. You always did have a hot temper, didn’t you?

I was hoping the soldiers would arrest Peter too, right along with Jesus. But Jesus scooped up the bloody ear that had fallen to the ground and healed it back onto Malchus’ head! Turning to Peter, Jesus said, “Put away your sword. That’s enough of that. Don’t you realize that I have the power to call for ten thousand angels to come and protect us? And my Father would do it immediately if I asked. But the scriptures must be fulfilled.”

Ten thousand angels? Seriously? Who did this man think he was? I was ready for the soldiers to get on with this, and get it over with.

The captain of the Roman guard stepped forward and announced, “Jesus of Nazareth, in the name of Rome and our Lord Caesar, you are under arrest.” Several more soldiers approached, grabbing Jesus’ arms and yanking them behind his back. They lashed his wrists together with thick ropes. “Get moving!” the captain shouted. Jesus stumbled over a rock as the guards shoved him ahead of them down the path, back through the chilly darkness of the olive grove.

Standing alone now in the darkness, I almost expected one of the soldiers to turn back and thank me for what I did. I mean, I was the one who led them to Jesus. I was the one who came up with this whole plan to begin with. Didn’t I deserve any credit at all? But no, not even a word of gratitude. Not even a backwards glance.

As I stood there, wondering what to do next, I imagined what the soldiers might do to Jesus. Whew, boy, those Roman guards could be cruel and brutal. I would not want to be at the sharp end of one of their spears, that’s for sure. After beating him up, the guards would likely throw Jesus into the smelly, dark, rat-infested dungeon. Oooh, rats! I hoped there would be lots of rats. Humph. Well, that would teach Jesus not to be a rabble-rouser, for sure.

I looked around, wondering what had happened to the other disciples. A tiny twinge of guilt pierced my heart. Tiny, mind you. I mean, I had been hanging out with these men for the past three years — eating with them, sleeping under the same roof many times. It’s not like they were my friends or anything like that. To be honest, I didn’t really have many friends… and yet… I did feel a tiny bit of nostalgia. I didn’t know when I would see any of those men again.

But the other disciples had all disappeared.

Figures. They were all talk anyway. I turned and walked away into the night.

Are you looking for Christmas devotionals for families? Keep reading, or listen here: Christmas in the Chaos (This post contains...

END_OF_DOCUMENT_TOKEN_TO_BE_REPLACED 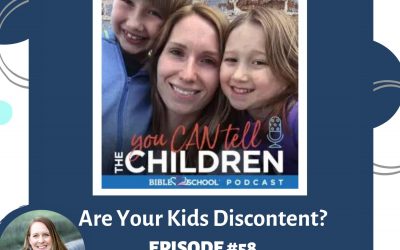 Why Are My Kids Discontent? Are your kids discontent? Do they struggle to be satisfied with what they have? This is the time of year we often talk...

END_OF_DOCUMENT_TOKEN_TO_BE_REPLACED

7 Fun Thankful Activities for Kids in 2022

Are you looking for some fun, Thankful Activities for your kids that will help you teach them about contentment and thankfulness? You've come to the...

END_OF_DOCUMENT_TOKEN_TO_BE_REPLACED 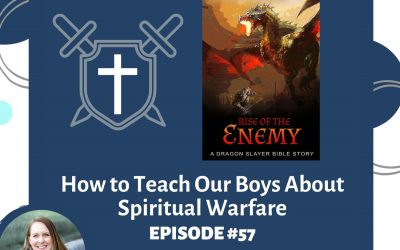 How to Teach Boys About Spiritual Warfare – RTC 57

How do we teach our boys about spiritual warfare? Boy Moms, we are at war. There’s a battle raging in our world for the hearts and...

END_OF_DOCUMENT_TOKEN_TO_BE_REPLACED 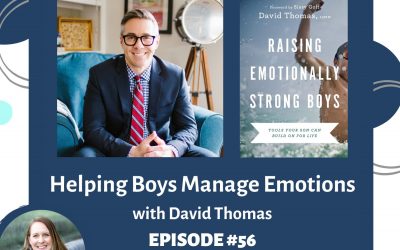 Hey there mommas… I don’t know about you, but I am often overwhelmed by my boys’ big, angry, often physical, outbursts of emotion. So,...

END_OF_DOCUMENT_TOKEN_TO_BE_REPLACED

When You’re Overwhelmed by Chaos with Allen Arnold — RTC 55

Are You Feeling Overwhelmed by Chaos? We boy moms know that life with boys can feel chaotic and out of control. That’s why the name of...